Just added to your cart

Wines awarded by the best critics

If the wines of Château Lagrézette have so much personality, it is because they are the fruit of a human adventure, made of respect for traditions, but also of talent and perpetual daring. In 1999, Robert Parker rated the Pigeonnier Lagrézette 92/100. In 2001, 95/100, then 97/100 and even 98/100. The iconic Château Lagrézette 2001 entered the Wine Spectator’s Top 100 of the World's Best Wines in 2005. In 2020, Jancis Robinson will award first place to the Pigeonnier blanc 2018 in front of the largest producers of Viognier in the world and position the Rosés of the property in the Top 10 of French Rosés.

Since 1980, Alain Dominique Perrin has had only one goal: to make his wines the best nectars in the world. Thus, the wines of the Château have broken records for awards and medals all over the world, awarded by the best wine critics:

A true star of oenology and winemaking, Michel Rolland is considered by many aficionados to be the leader of the Winemakers. He thus distils his advice for the greatest French and international vineyards. Its wines are critically acclaimed. Seduced by the history of Château Lagrézette and by the quest of its owner, he magnifies his original grape variety, Malbec, by recreating the vineyard alongside Alain Dominique Perrin. Since then, he has collaborated each year in the development of wines, Malbec and Viognier, and personally blends the cuvées in the Domaine's cellar.

Cultivated on most of the estate, Malbec is the DNA of Château Lagrézette, known worldwide for varietal wines

The Viognier of Rocamadour can be compared to the best burgundy's 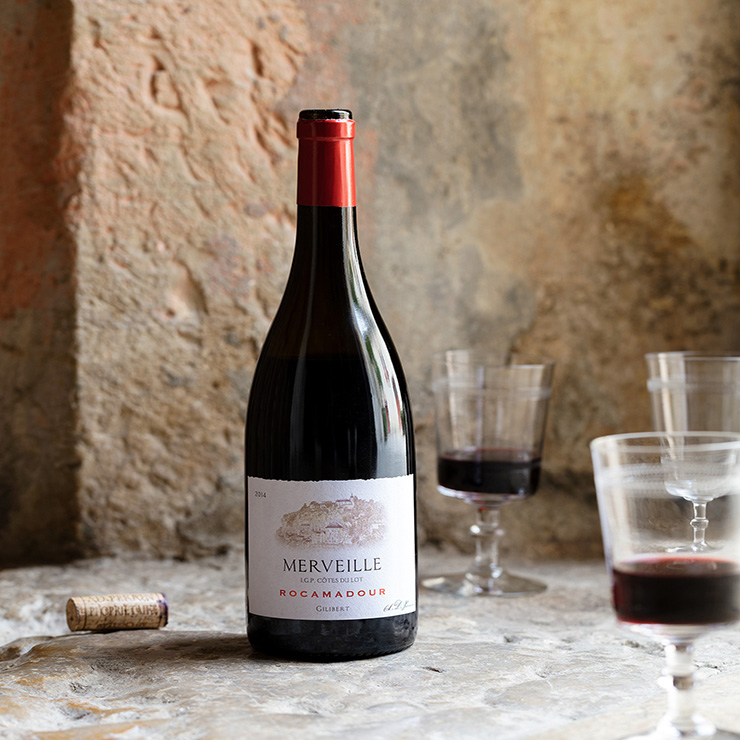 The Syrah of Rocamadour  in a wine with character but fresh and fruity.

SUBSCRIBE TO THE LAGREZETTE NEWSLETTER
We couldnt confirm your registration
Thanks for subscribing!
Use left/right arrows to navigate the slideshow or swipe left/right if using a mobile device
Cookies

We use cookies. Many are necessary for the website to work and perform its functions, others are used for statistical or marketing purposes. With the decision "Only accept essential cookies ", we will respect your privacy and will not place cookies that are not necessary for the operation of the site.

Marketing cookies are used by third parties or publishers to display personalized advertising. They do this by tracking website visitors.